And it feels amazing. Not even one twinge of regret. I get that it’s only been a week but I seriously love it. Along with the deletion of Facebook, I also spend a lot less time online. It feels so nice, so freeing.

Not just that Facebook was something so negative and so not what I wanted to see anymore, it’s also a time suck. And information overload. We just aren’t designed to consume information at that rate. Not to mention we can’t synthesize that much information and stay healthy. The space feels good. I can look up information and let it simmer for awhile before coming to my own thoughts on the matters.

I wouldn’t say I’m less busy- it’s just that I get to be busy with things that matter more. So that feels better too. My mom said something awhile back about how you used to go tons of time without seeing people or hearing from them. That is true. It seems so bad to people now in today’s reality. But I think it has its pluses. I am lucky enough to have experienced this for the majority of my childhood and adolescence. People really weren’t connected the way we are now until I was maybe halfway through college. I had a carphone and we had some cell phones in college. People still called on them and texting was a big drag. I didn’t have a smartphone until Joe and I were married.

I’m still old enough where sending an email used to be mind blowing. I was in 8th or 9th grade. It took FOREVER to send this email. But we were pretty excited about it. And remember those eCards? Oh man. Those were all the rage. Those are examples of cool things that shouldn’t have gone away. At least with emails and eCards you have to CREATE something. Not just regurgitate. I think live journals and stuff boomed in mid high school and we did that sort of thing. MySpace maybe although I didn’t have that. I think my brother did. Later in college I tried that for a hot second. AOL instant messenger became a thing maybe in high school too. We did have that in college for sure.

Anyway the emails used to take so long (dial-up yo) that we really didn’t do it anyway as a regular thing until maybe high school. All through high school I still wrote notes on real paper (I have the evidence). Made real honest to goodness scrapbooks even my senior year in high school. Developed all my photos at the drugstore. I spent hours on the phone (sorry to all parents involved) with my best friends. We went on walks and bike rides and went to each other’s houses. Even in high school I had to call and ask “Hi this is Hilary. May I talk to Margaret?” My kid will probably never know that. Geez.

I know this sounds all very “back in my day” and it’s annoying when people do that I know, but my separation from the online world other than my email, article reading, and some blogs feels a lot more like that time. Which is a good thing. I fill the space up with thoughts. We need the space to think right. We just can’t consume 24/7 even if we consume “good” things. I don’t really want to go back to dial-up though… 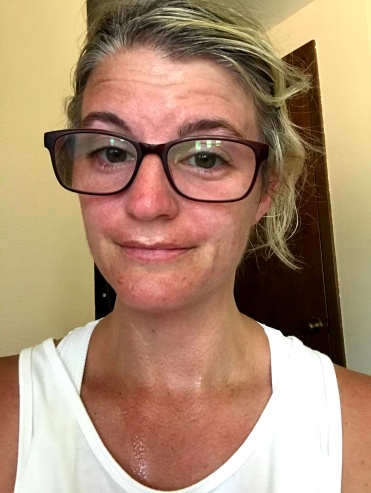 So what’s been going on? Playing with trains a lot (on JM’s end). He consults me a lot to help. Hung out in real life with Joe’s parents which was really fun. Facetimed my parents so John Michael could show them things. He’s been really into that lately- wants to grab the phone and do the showing himself. 🙂 Cooking. Doing some reading and writing. 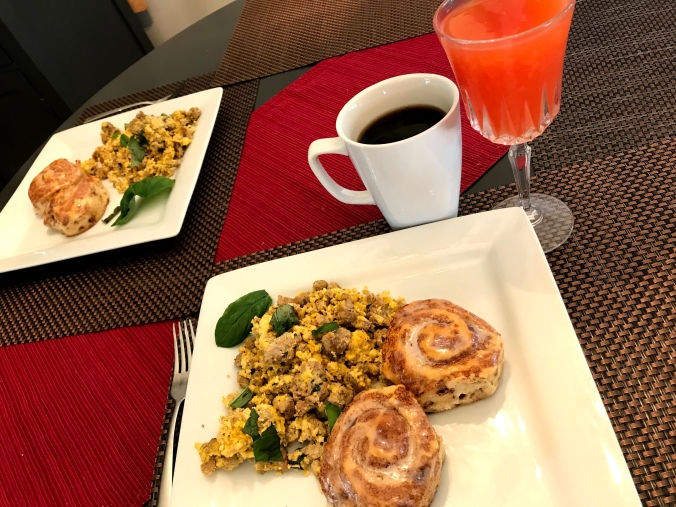 My brother John called me up over the weekend which was really nice. Laughed until it hurt. He’s a funny guy. Sweating during the workouts and also sweating during not working out because we live in a house with no AC. Summer school just ended last week so it’s nice to have a bit of a break from that. I’m trying to not get too concerned about things just yet. The district has to make some decisions before we can do much anyway. So time to recharge. I have to take advantage because normally this time of year I’d be smack dab in the middle of band camp. Going to be doing some photography gigs and projects. Tons to do around here housework wise. Traveling to Elk Rapids this weekend which should be nice. 🙂 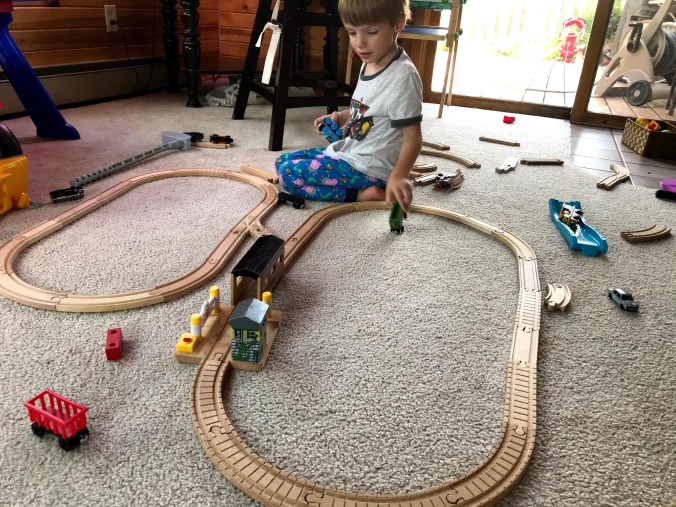